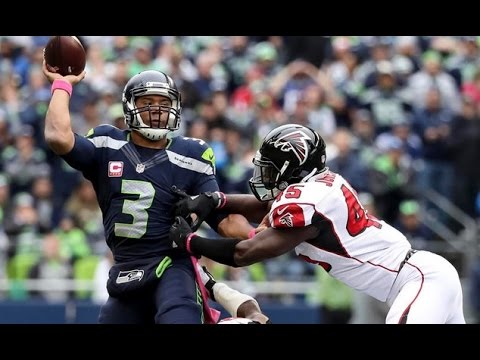 Since Russell Wilson became the starting quarterback of the Seahawks in 2012, Seattle has won 20 games with fourth-quarter comebacks or in overtime, including two this season. Wilson would be the first to tell you that such late-game heroics are a team effort, but when it comes to overcoming a late deficit, no player has more say in that result than the quarterback, which makes Wilson’s poise under pressure one of his most valuable traits.

To understand why Wilson has been so cool under pressure, whether in NFC championship victories over San Francisco and Green Bay, or in comebacks wins this season against the Dolphins and Falcons, you need to go back a little ways. OK, you actually need to go back a long ways to Wilson’s childhood and some late-night rides on Interstate 64.

On those drives between Wilson’s hometown of Richmond, Virginia and Virginia Beach or Norfolk, where his grandparents lived, a young Russell Wilson would have hypotheticals thrown at him by his parents, ranging from “The game is on the line, what are you going to do?” to grandiose scenarios such as how he would handle winning the Super Bowl.

“Ever since I was probably 5 years old, ever since I could remember,” Wilson said. “I remember that we used to drive to Virginia Beach and Norfolk all the time in Richmond, Virginia, because my grandparents were down there on both sides, so we used to go see him. I just had people who were very inspirational in my life and used to ask me questions like that. They allowed me to believe in myself, they also allowed me to believe in situations that things can overcome, and actually visualize it happening. I think that if you can visualize it and you can visualize yourself overcoming a situation, it gives you a great chance of making it happen.”