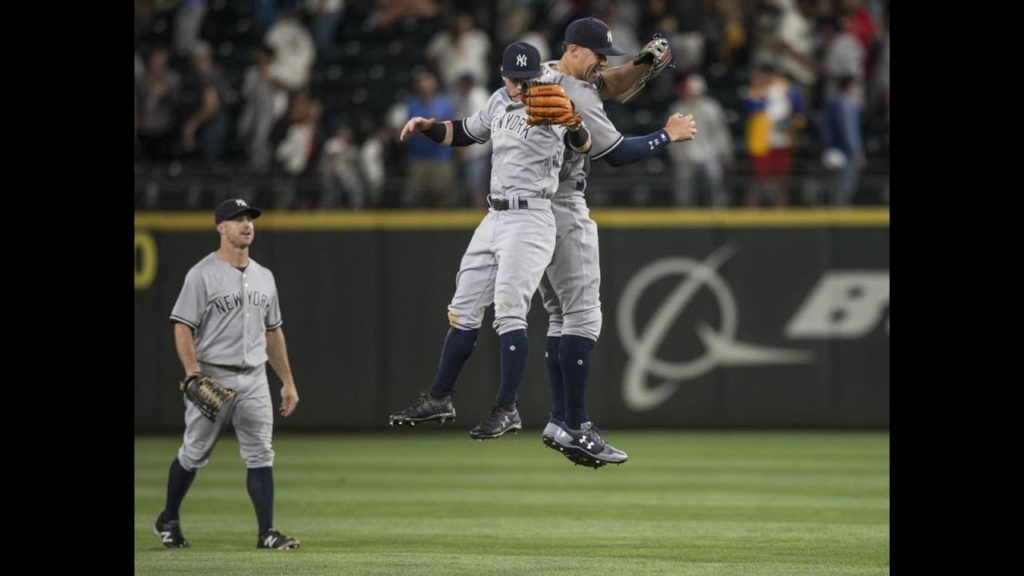 SEATTLE — Aaron Judge silenced his critics with a loud bang.

The Yankees’ 25-year-old rookie slugger finally homered for the first time since winning the Home Run Derby — hitting a three-run moonshot in the fifth inning of his team’s 5-1 victory over the Mariners on Friday night that nearly went out of Safeco Field.

So much for his swing being off.

“Not at all,” Judge responded when asked if the criticism bothered him. “That’s just noise. Noise shouldn’t affect you. I’ve got a job to do on the field, and that’s what I’m going to take care of.”

Judge had been 4-for-30 since the All-Star break before belting the blast, which broke Statcast, MLB’s estimated home run distance tracker.

“That’s crazy,” said Judge, who was robbed of a 411-foot homer in the Bermuda Triangle by Jackie Bradley Jr. last Sunday at Fenway Park. “You mean it didn’t register?”

Judge hit four balls during the Derby that travelled 500-plus feet. He hit a 496-foot homer on June 11 vs. Baltimore.

The Mariners initially estimated this homer at 415 feet before later changing it to 440.

“No way!” David Robertson said in disbelief of the rather conservative estimate. “It’s not fair. It’s like he’s playing in a Little League park. I’ve never seen anybody hit the ball like that.”

CC Sabathia pointed to Judge where it landed when the 25-year-old slugger returned to the dugout.

“That was amazing,” Sabathia said. “I thought that ball was going out of the stadium.”

Asked if he was impressed, the always extremely modest Judge smiled before replying: “Next question.”

Of his funk, Judge replied: “That’s baseball. You’re gonna have the 0-for-4s, 1-for-20s and you’re going to have those times when you’re 10-for-11 and you can’t get out. It’s about sticking to the process, sticking to your routine and we have a good team here so I’m just trying to be a consistent part of it.”

Someone from MLB had better bring a massive tape measure to the ballpark on Saturday.