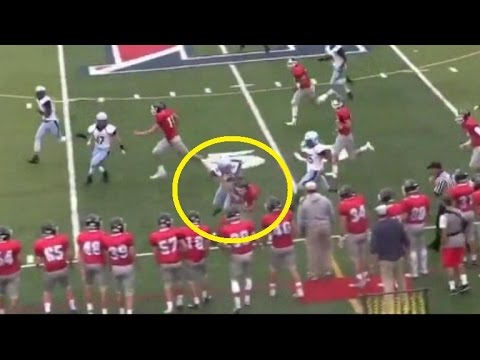 Kelly Macnamara is North Penn High’s 1st female kicker, and she can HIT.
Watching a kicker lay wood is a singular joy in sports. It’s rare to see, in all ranks of football. Most of the time you’ll see a flailing arm tackle, or a simple shove attempt — but North Penn’s Kelly Macnamara blew up an opposing kick returner who dared to enter her space.

Macnamara is the first female kicker in North Penn High School history. After hearing the team’s varsity kicker graduated she decided to go out for the job — and nailed it. Macnamara had never played football before, but was confident in her leg strength from years of playing soccer. The last thing she wanted was special treatment when she joined the team. Macnamara wanted her merits to stand on their own.