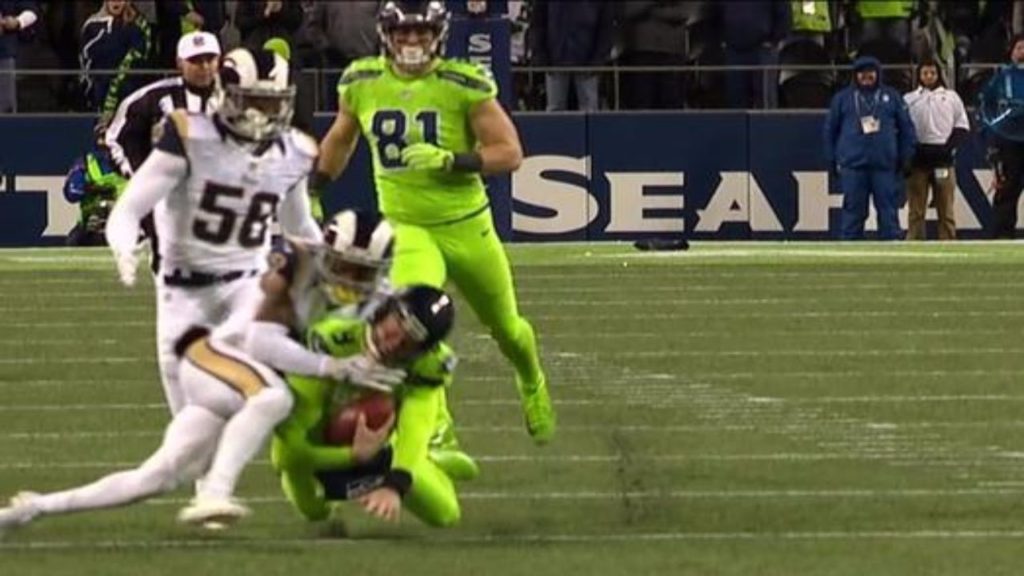 SEATTLE punter Jon Ryan got added to the injury list after suffering a possible concussion on a bumbling fake punt attempt against the Los Angeles Rams.

Ryan ran 26 yards on fourth down before bobbling the ball and getting hit in the helmet by LA’s Troy Hill while Ryan was falling to the turf. He lay on the ground for several minutes before being helped off the field.

It was a better day at the office for the rest of the Seahawks though as the team claimed the NFC West title with a 24-3 victory over the Rams.