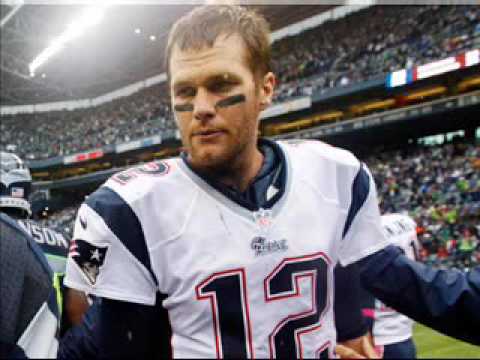 What The Seattle Seahawks Are Saying About The New England Patriots

What The Seattle Seahawks Are Saying About The New England Patriots
Take a look at what the Seahawks (5-2-1) are saying about the Patriots (7-1) before the two teams meet on Sunday Night Football in Week 10 at Gillette Stadium. Kickoff is set for 5:30 p.m. PT with national television coverage on NBC (channel 5 in Seattle). Read
Head Coach Pete Carroll
(Opening…) “We have a great matchup this week. Going across the country to go play New England, it’s going to be a really nice opportunity for us to get it going on the road. We’ve got to get good at this and this is about as far as we can go and about as good of a team as we can play. It’s going to be a great matchup I hope and we’re planning on putting together a really good week here. A bit of a shortened week so we adopted a bit of a change in the schedule, but other than that it’s going to be a really cool preparation and we’re looking forward to it.”
(On how they prepare for having both Rob Gronkowski and Martellus Bennett on the field…) “We’re going to prepare normally, they are both really good players. The system really works their guys around to suit their style of play and Tom [Brady] is great in utilizing those guys in that manner. We have to have a real good understanding of their strengths and the ways that they do their things. We’ve got to take care of it and see if we can keep them from controlling the game.”
(On Tom Brady…) “He looks great. He’s on fire. He hasn’t thrown an interception yet, he’s completed 70-something percent of his passes, he’s on fire. He’s even taken off and run a couple times just to show that he can and he looks good moving around. You see no wear at all, he’s fresh and ready to go.”
(On the biggest defensive challenge going against the Patriots…) “It’s everything. It’s really everything that they do. The system is one where they’re really smart and they do the right things against their opponents and they make you really have to work and they tax you. They know what they’re doing as well as anybody playing the game and Tom can carry it out and execute it and utilize the calls and the matchups and all that. It’s really impressive.”
QB Russell Wilson
(On what he’s seen form the Patriots’ defense…) “They’ve been making plays all season. They’re obviously 7-1. They’ve been able to stop teams from scoring a bunch of points. They’ve been able to score consistently good defense and that’s what you need from your defense. Then their offense has been able to score a lot of points too. When you have those two combined you have a great chance to win football games. Their defense has some veteran players. [Rob] Ninkovich is a great player. [Alan] Branch who actually played here with us in Seattle, I know him pretty well and he’s a great football player too. You got Malcolm Butler out there playing corner, he can make tons of plays. You got all the DBs too, you got tons of different DBs playing in the game. From [Devin] McCourty to [Patrick] Chung. They got a lot of guys that have played a lot of football for them. Their young guys are playing well too; you see a fast defense that makes smart plays and they play very very consistent football.”
(On whether he has watched Tom Brady over the years…) “Yeah, I love watching Tom Brady. I’ve watched him for years now and just studied his game and what he can do at a high level. He gets the ball out quick, he gets the ball on time, he finds the matchups and he plays the game the right way. He is always in attack mode. I have a lot of respect for who he is. I’ve gotten to know him a little bit from a distance but not much. … He’s just a great football player, arguably one of the greatest of all time, no fear in saying that. He’s a special player and he plays the game at the highest level. I’m looking forward to being on the same field and playing against him again.”
http://www.seahawks.com/news/2016/11/13/what-seattle-seahawks-are-saying-about-new-england-patriots